Dieselgate how have consumers' right been impacted (webinar) 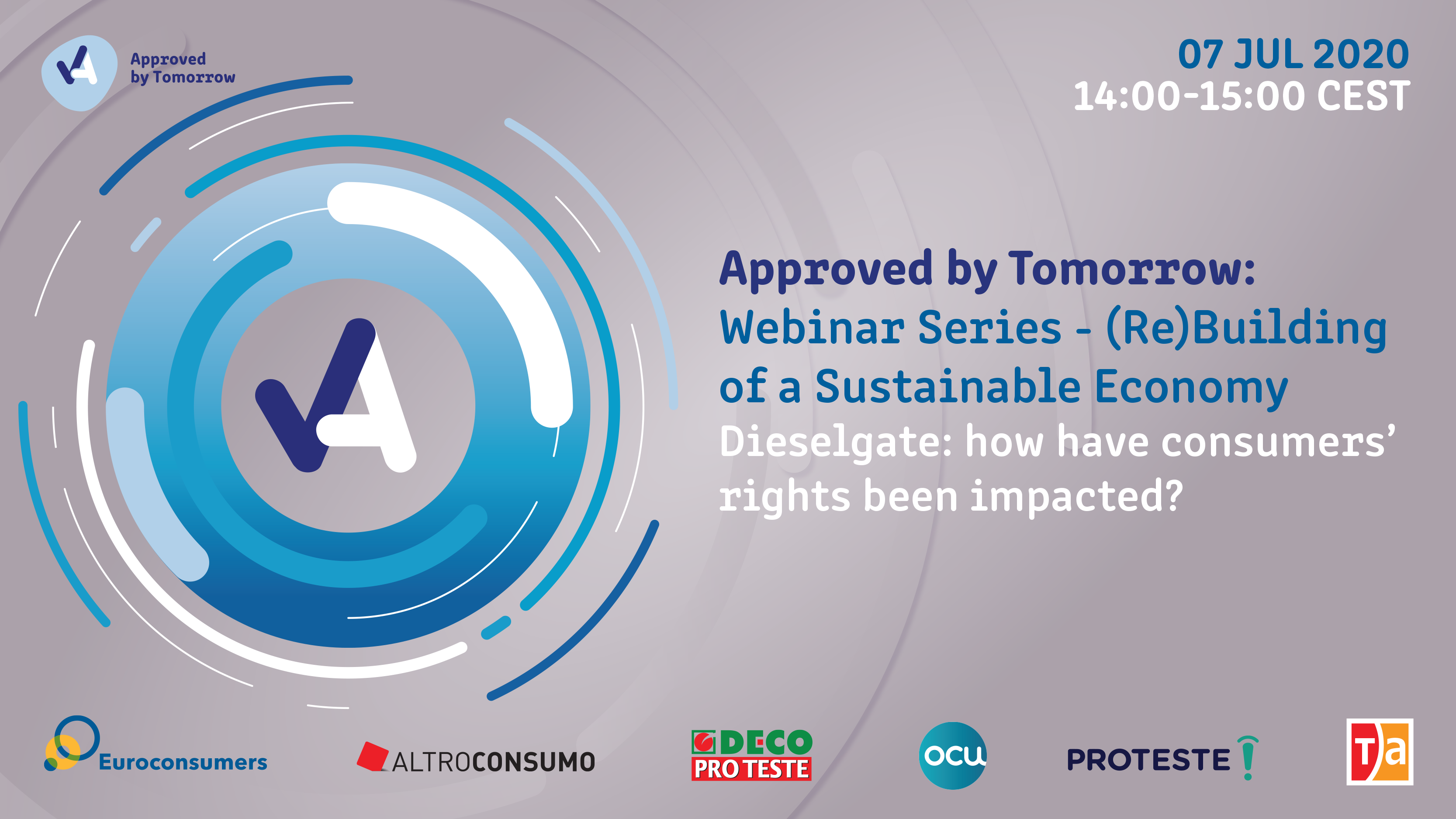 Context In 2015, consumers learned that Volkswagen (VW) had illegally installed software technology that artificially lowered nitrogen oxide emission readings in vehicles during the testing process. This activity has impacted consumers, the environment and eroded public trust in regulators and oversight bodies.

The majority of European Dieselgate victims affected have yet to receive compensation, as cases launched by Euroconsumers in Belgium, Spain, Italy and Portugal have yet to be settled. But given the VW’s recent out-of-court settlement with the German consumer organisation, VZBV federation, we believe that all European citizens impacted should be treated equally.

On 7 July 2020, Euroconsumers held the second webinar in their new webinar series (Re)building of a sustainable economy. This series aims to tackle topical policy issues and approach the sustainability debate from the consumer perspective, considering input from all stakeholders during the webinars.

The second webinar, moderated by Alberto Alemanno (Professor of EU Law at HEC Paris), focused on the aftermath of the Dieselgate scandal in Europe, and discussed how consumers can work together to force big corporations such as Volkswagen to treat all people equally.

The main takeaways from the discussion were:

In 2015 when the Dieselgate scandal broke, it took six month for US consumers to be compensated. In Europe on the other hand, after almost 5 years only German consumers are being compensated. The scandal has shed light on  the failure of Europe’s enforcement mechanisms.

All affected European citizens should be compensated

By providing German consumers access to compensation, whilst denying the same to all other European victims, the Volkswagen Group is jeopardizing one of the core values of the EU - that all European citizens are treated equally.  a This discriminating behavior not only inflicts harm on consumers, it also risks increasing broader consumer mistrust in our governing institutions.

It’s high time Volkswagenpays fair compensation and  delivers the green transition for consumers.  Recently, the Parliament  and the Council found an agreement on a new collective redress mechanism. This new tool will hopefully empower consumers and consumer organisations. It will consumers organisations to work together with cross-border collective actions which in the long run will hopefully discourage companies from using unfair and unlawful practices.