ALEXM project: affordable medications and vaccines for all 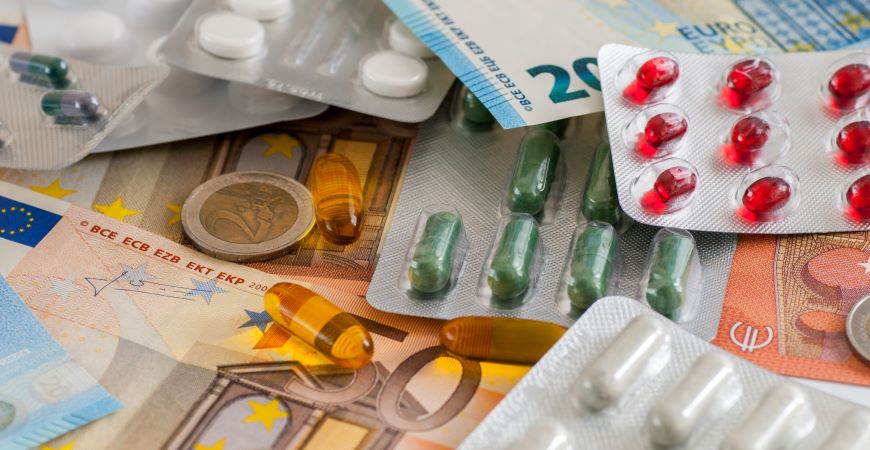 Since 2018, Euroconsumers member organisations Altroconsumo and Test Achats/Test Ankoop have been working on the Antitrust Law Enforcement for Medicines, or ALEXM, project to raise awareness of the unethical conduct and excessive pricing of big pharma.

Through public campaigns, consumer research, analysis of anti-competitive practice and lodging complaints with national competition authorities, our members have stood up to the dominance and exploitation of large pharmaceutical companies in Europe.

The latest phase of the ALEXM project coincided with the Covid-19 pandemic. This shared public health crisis brought home the importance of accessible and affordable health treatments and preventative measures. Unfortunately, it has also shown a loss of trust in industry and policy makers to effectively provide this. This article summarises the latest project activities.

The ALEXM project was launched four years ago in response to surging prices of medicines which not only put pressure on public health systems but threatened to deny patients essential treatment.

Medicines are protected from competition by their patents for an average of 13 years and/or market exclusivity of 10 years or longer - which effectively puts them in a monopoly position where they are able to charge high prices.

Despite this, competition authorities have traditionally been slow to intervene in the market. Big pharma have successfully argued that money invested in development and innovation justifies the prices they charge to recoup costs.

But, with some medicines for rare conditions costing over a quarter of a million euros a year for treatment, Altroconsumo and Test Achats/Test Aankoop were determined to shed much needed light on the practices of big pharma. They set out to uncover: the transparency of pricing; whether prices were justified; the abuse of innovation incentives; and the lack of public return on investments made by the state sector in drug development.

The ALEXM project partners made extensive use of antitrust law to analyse and file complaints against companies’ practice. Competition law is closely tied to consumer protection law. Its purpose is to ensure the supply side functions well by keeping prices reasonable, quality high and innovation flowing.

Altroconsumo and Test Achats/Test Aankoop investigated whether the monopolistic practices of big pharma practices were in fact in breach of competition law.

In 2019, Biogen’s Spinraza was the only available drug to treat a rare condition called spinal muscular atrophy (SMA) and cost €265,000 for one year of treatment. Test Achats filed a complaint with the competition authority almost three years ago against the pharmaceutical company Biogen for abuse of a dominant position.

The Italian Competition Agency opened an official investigation against drug manufacturer Leadiant following a complaint filed by Altroconsumo. Altroconsumo claimed that Leadiant were charging far too high a price for the drug CDCA which is used to treat a rare hereditary metabolic disorder.

In both cases, analysis showed that the price of the medicine was excessive and disproportionately high and did not reflect the resources that went into development. The companies’ practice was severely limiting consumers’ access to potentially vital, life changing medicines and put the sustainability of our healthcare systems under high pressure. The cases have helped to raise attention in the media and in national authorities about pharma companies' abuse of their dominant position.

Unfortunately, the investigations and complaints have done little to deter companies from exorbitant pricing. Novartis followed the trend set by Biogen and marketed their new drug treatment for SMA called Zolgensma at the price of €2 million, making it the most expensive drug in the world.

Given the complete lack of transparency behind the pricing of Zolgensma, Test Achats and Altroconsumo did their own calculations to see whether the amount charged reasonably reflected the research and development investment made by Novartis.

Test Achats and Altroconsumo estimate the cost of developing Zolgensma to be €512 million, an amount which was recovered after one year of sales. Less than two and a half years after the commercialization of Zolgensma, Novartis had already collected nearly four times this amount.

We must also remember that the development of this drug was partly funded by US public agencies - and therefore ultimately by taxpayers.

Abuse of a dominant position

Although Belgium has been able to negotiate a reduction for this drug in order to grant temporary reimbursement, the amount remains secret. Test Achats and Altroconsumo suspects that the final price is still much too high.

"Not only is Novartis abusing its monopoly position – which is illegal – but in addition, such exorbitant prices are mortgaging the entire healthcare system. We have been calling for years for structural measures to be adopted to regulate better pricing. By filing a complaint against Novartis we are once again sounding the alarm."

Patients, their families and consumer organisations hope that such complaints will force pharmaceutical companies to publicly justify and lower their prices.

Since the pandemic began, the ALEXM project has also turned its attention to the availability of treatments and preventative measures to lower the risk and impact of Covid-19.  Working with BEUC to ensure the European Vaccine strategy is effectively followed, we have scrutinized government action to ensure they are providing:

Altroconsumo for example has contacted the Italian Health Minister to urge them to guarantee accessibility through non-exclusive licenses connected to the funds allocated to research, transparency of research costs and the prices paid for the vaccines obtained.

Test Achats/Test Aankoop used Belgian freedom of information law to access the vaccine purchasing contracts negotiated by the European commission, and to view the opinion of the Belgian Health Agency Committee on vaccine purchase. Eventually the authorities published heavily redacted copies of the opinion.

Euroconsumers carried out a cross-country survey of 4,000 consumers across Belgium, Italy, Spain and Portugal in November 2021 to find out their opinions and expectations on Covid-19 vaccines.

Results showed a lack of confidence in Europe’s vaccine procurement. Overall, only 26% of consumers believe it was handled well by the EU - although 34% felt that the EU achieved a better deal than their national countries would have. However, 1 out of 4 believes the EU prioritised pharmaceutical companies’ interests over those of European citizens.

It is again clear more transparency is needed as it is absolutely crucial to ensure consumer and citizen trust. In the survey 51% of respondents stated that the negotiations between the EU and the pharmaceutical companies should have been more transparent, something Euroconsumers has long been calling for.

The survey also showed that equality and fairness of healthcare provision was high on people’s agenda. 74% of respondents indicated to be concerned about the scarcity of vaccines and tests in developing countries. Euroconsumers reiterated its call to European leaders to finally lift intellectual property rights on vaccines and medical devices against coronaviruses.

“Our survey shows that European citizens are well aware that no one is safe until everyone is safe. Our strength lies in acting in the most coordinated way possible, safeguarding the interests of all. That’s why we need to keep on vaccinating in and outside Europe”.

The ALEXM project work has been made possible thanks to the financial support of the Open Society Foundations (OSF). 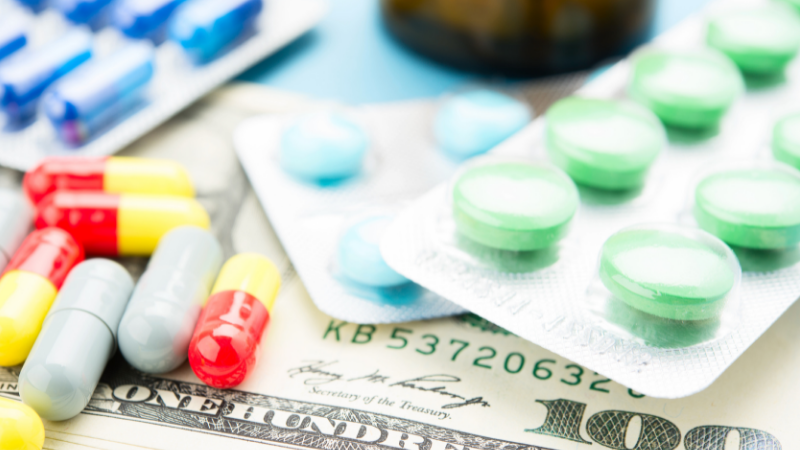 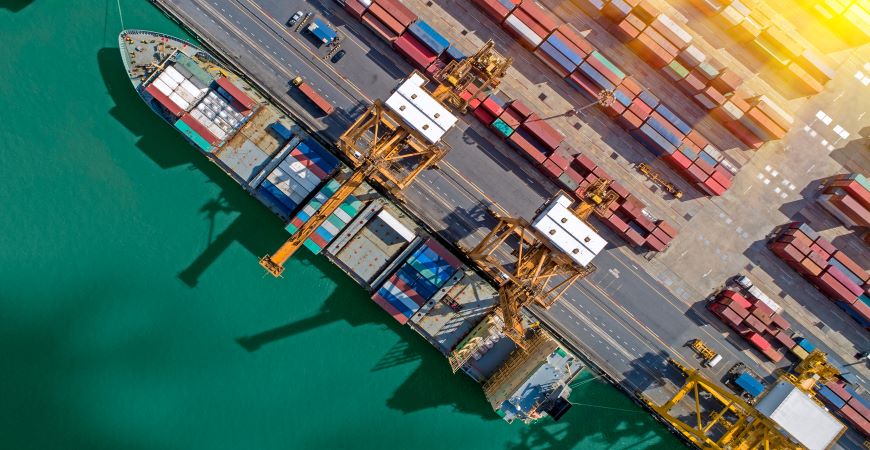 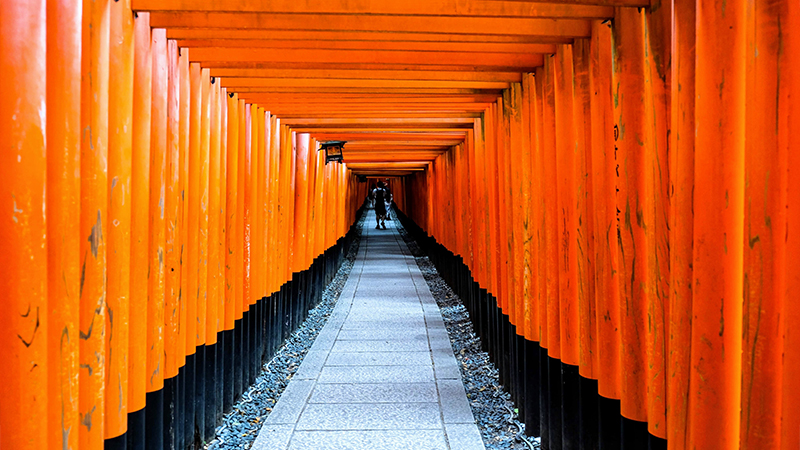 Euroconsumers is constantly exploiting funding opportunities in line with its mission and priorities to diversify revenues, mainly through research, innovation and partnerships. Until now, we already impacted all of our Local Organizations (Test-Achats/ Test-aankoop, Ocu, Altroconsumo and Deco Proteste).