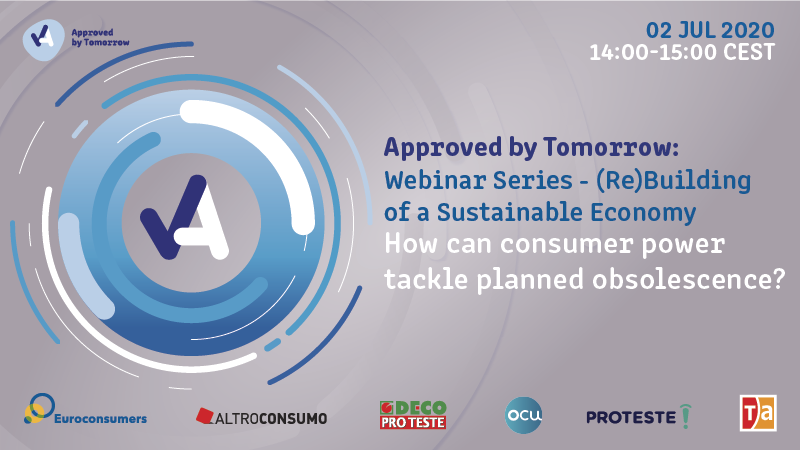 Consumers have a complex relationship with dominant market players in the digital infosphere.  While they guarantee access to a wide number of information and online services, some dominant digital market players can - and occasionally do - take advantage of consumer trust with their service offerings and product designs.

Unfair commercial practices are not only detrimental for consumer choice but also for a sustainable economy. Practices such as planned obsolescence harm society and the environment. Consumers, governments, European institutions, MEPs and digital players must work together to end such practices.

On 16 June, the EU Commission announced the launch of two antitrust investigations into Apple services to determine whether it is treating competitors unfairly via the Apple Store and through its mobile payments service, Apple Pay. This is just two weeks following the confirmation of the Italian Administrative Court of Lazio of the October 2019 fine of €10m against Apple related to iPhone performance linked to the IOS operating system. This was the first-time consumer law was used to tackle activities related to planned obsolescence.

On 2 July 2020, Euroconsumers held the first webinar in their new webinar series (Re)building of a sustainable economy. This series aims to tackle topical policy issues and approach the sustainability debate from the consumer perspective, considering input from all stakeholders during the webinars.

The first webinar, moderated by Alberto Alemanno (Professor of EU Law at HEC Paris), focused on how practices such as planned obsolescence by Apple and other market players harm society and the environment.

Stéphanie Yon-Courtin MEP (Renew/FR), addressed the webinar via a recorded message, stressing that the digital world must become more environmentally friendly, where the consumer is at the centre of concerns and protection. Watch it here

In addition, Marco Pierani, Director of Public Affairs at Euroconsumers, announced that Euroconsumers sent a cease and desist letter to Apple over the  planned obsolescence of iPhones.

The main takeaways from the discussion were:

Consumers are frustrated with producers' deliberate attempts to shorten lifespan of tech devices.

In addition to the large financial implications that planned obsolescence has on the consumers, its consequences on the environment are detrimental.

All stakeholders must come together as it is essential that consumers, companies, public authorities and legislators come together to stop planned obsolescence: Specifically, authorities must use their enforcement power and incentives, including compensation, to make companies change their practices. The European Commission is working on a legal proposal that will help better inform consumers, empower them and strengthen their role in the Green Transition (scheduled for May 2021)  which is welcomed. Ultimately, all consumers have a crucial role to play in tackling this issue. In order for producers to stop the practices, consumers must come together and condemn the practices.