Home Activities Connected consumers: making the most of the smart revolution
Activities

Connected consumers: making the most of the smart revolution

Millions of people now own a range of internet-connected home appliances and gadgets. How do these connected consumers really feel about the value of smart devices?
3 Min Read 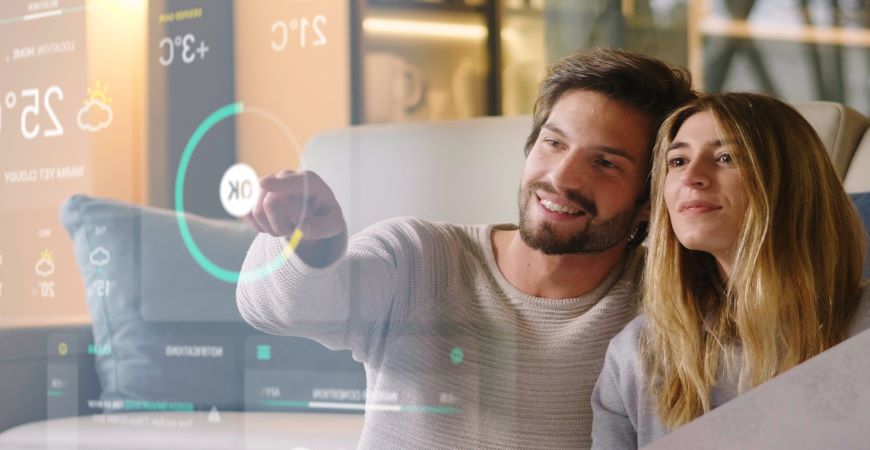 The ownership of ‘smart’ products is on the rise. Once the domain of early adopters, smart products are now in millions of homes across Europe. Euroconsumers’ new survey discovers how people really feel about the connected gadgets in their home and the value they bring to their lives.

If we believe the marketing then connected devices and appliances like speakers, fridges or thermostats promise to make our lives smoother, speedier and more productive. Of course, connected products do have many plus points - connected security systems can provide an extra layer of safety and smart thermostats can help save energy. TVs (which are almost always smart by default when bought new now) can link up quickly to numerous entertainment and music streaming platforms.

What does added value mean to consumers?

But beyond the obvious use cases, does the companies’ idea of ‘innovation’ and ‘added value’ really stack up? The aim of this survey was to measure the level of connection among connected consumers and how satisfied they are with their wearables, the devices they use at home and any connected cars they have. Over 7,000 people who owned at least one smart device (in addition to a smartphone or tablet) were surveyed across Belgium, Italy, Portugal and Spain.

Half of consumers own connected smart devices 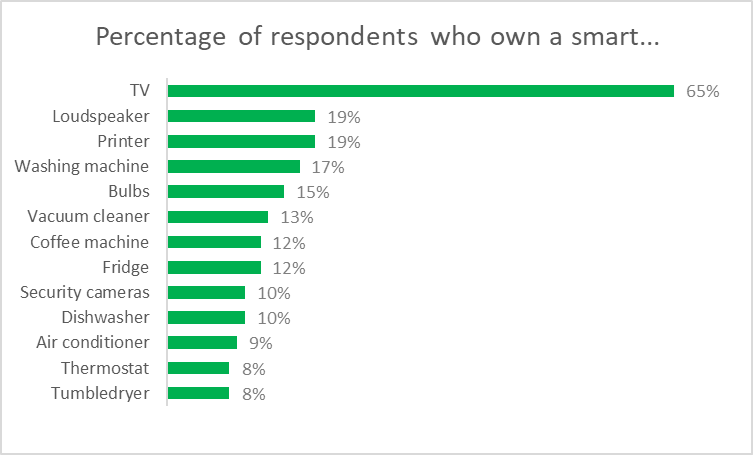 Mixed use of the smart functions of connected products

However, although the vast majority reported buying them because they could be connected to the internet, the amount of times consumers actually connect them varies a lot. It differs from people having security cameras and speakers connected almost half the time, right down to owners of smart domestic appliances like washing machines or dishwashers who only have it connected 12% or 16% of the time, respectively.

To explore this further, people were asked which devices they considered had really grown in value by being connected. Security cameras, speakers, TVs, energy and lighting scored well here, whilst domestic appliances and kitchen gadgets were perceived to bring less added value.

This makes sense, as most of those appliances and devices which bring the most value by being connected were more likely to be bought for that purpose and are integral to their function. However it also strongly suggests that a large number of devices are being sold and bought as ‘smart’ but lack the real added value that consumers find in other smart device purchases. Perhaps manufacturers and designers need to work much harder to understand where connectivity can bring innovation here.

This could also apply to smart wearables which remain popular but potentially under used. Over all four countries 29% own a smartwatch, and 18% own fitness wristbands. Most are pretty satisfied with them and around 60% of people say that connectivity greatly improves the products’ usefulness, yet still only four in ten people are using them on a daily basis.

Connected vehicles have been hyped for a long time, and our survey showed that in 2021, 8% of respondents own a connected car (which rose to 14% in Portugal). Of these, 37% bought it specifically because of being connected, and 88% of owners improves the usefulness of their car. The most useful functions were reported as traffic alerts, weather warnings and being able to remotely control and access the car.

The smart functions of the devices often cause problems for consumers. 28% of smart device owners (excluding cars and wearables) had at least one problem with the smart functions of their devices. These range from software crashing to trouble connecting to wifi or bluetooth, a lack of updates making the product unusable or conversely, problems after installing an update.

Smartwatches in particular caused a lot of problems - 88% of smartwatch owners reported problems mostly regarding connection to wifi, issues after installing a software update and issues with controlling the device through the app. Interestingly, only 14% of connected car owners reported problems with the smart function of their car which may contribute to the sense of greatly added value.

Consumers also have concerns about privacy and the use of the data collected through their products. In each of the countries, the proportion of concerned people is significantly higher when the collection of personal data is done by private companies. If data is accessed or collected by public authorities, 40% of people are not concerned at all, but this drops down to 24% if it’s done by private companies.

Consumers are taking action on this, over three quarters of them have changed the data sharing settings in order to restrict data collection.

It’s clear from the survey that consumers are willing to invest in all sorts of devices that offer innovation. However, they need them to deliver real added value if they are to stay actively engaged with the connected capabilities.

This resonates with earlier findings from Euroconsumers’ survey into AI where consumers agreed that AI enabled services could be very useful but that the moment the added value was not immediately obvious yet in practice.

They also often face frustration with glitches and or loss of connection. Given the promise and price of connected gadgets, they need to be reliable and work consistently.

Finally, consumers share concerns that many researchers and policy makers have around data protection. Immediate action such as that supported by Euroconsumers on common global standards for Consumer IoT security is urgently needed so that consumers can have faith they are purchasing products with built in data privacy and security.

Robust, privacy-respecting and value-adding connected devices are key to meeting and then exceeding consumers’ expectations. Euroconsumers will continue to pursue a framework for trust and security, and also encourages manufacturers, designers and retailers to work with consumers and consumer organizations to deliver consumer friendly and consumer centered IoT devices that deliver on all of their needs and expectations. 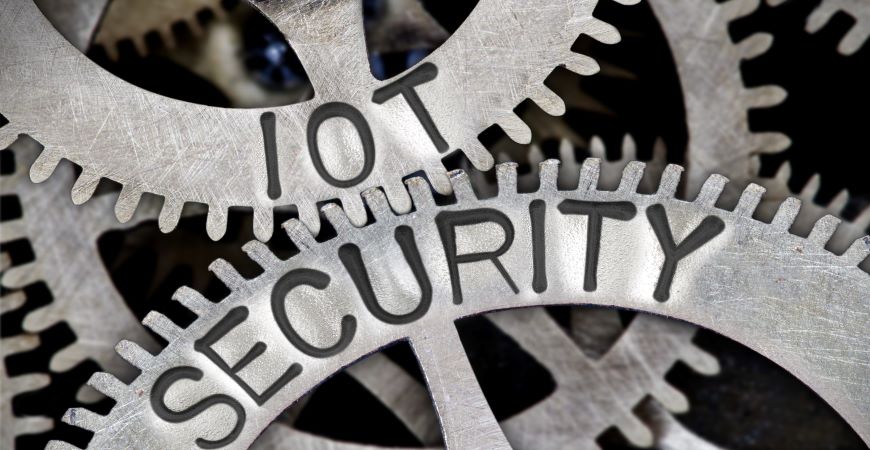 Euroconsumers backs Consumers International, WEF and I Am the Cavalry call for a global IoT security baseline to keep consumers’ data safe. 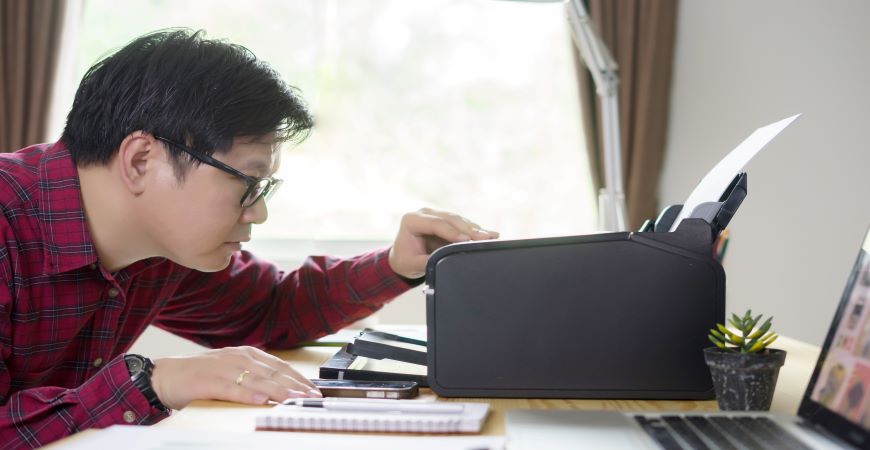 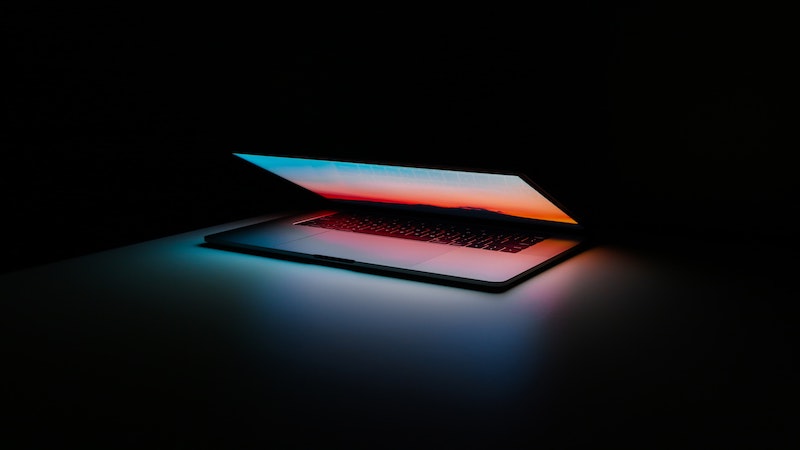 News
Cybersecurity in the IoT: protecting consumers in the 21st century

Over the past few years, products connected to the IoT (Internet of Things) have become commonplace, usually improving consumers’ daily lives.