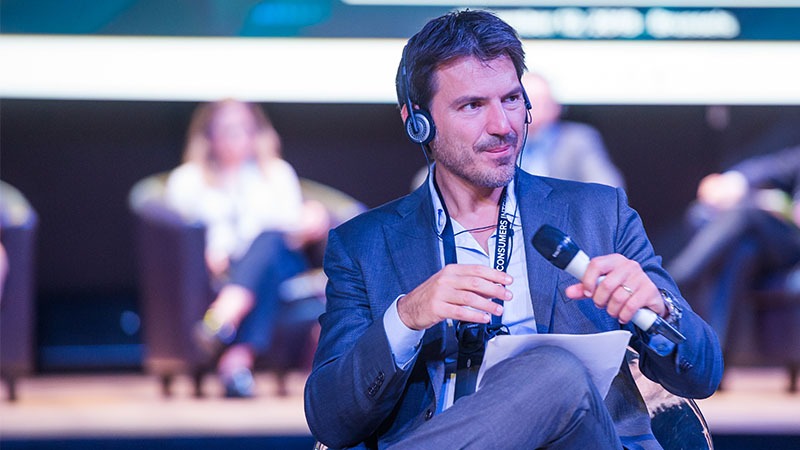 Marco Scialdone is a Professor of “Law and management of online content and services” at the European University of Rome. Professor Scialdone is also a member of the High-Level Expert Group on Artificial Intelligence, having been appointed by the Italian government.

Professor Scialdone, who moderated a series of panels at our annual forum a few months ago, has kindly agreed to share his thoughts on the current state of the data economy in Europe as well as the future role of the consumer movement in the digital age.

What do you make of the current state of the European digital economy?

I think that after 20 years, we are finally exiting the transitional period into the digital age. Lawmakers in Europe are beginning to truly grasp the implications of the data economy. The European Commission’s new Digital Strategy is a prime example of this. The EU is setting itself the goal of becoming a global leader in data. In other words, Europe has at last understood the true value of data. Now, the challenge is to re-design a digital ecosystem where innovation can thrive, while ensuring, through sound regulation, that citizens are protected from the misuse of technology.

So, is this a classic case of innovation versus regulation?

Well, not exactly. While this is a case of innovation versus regulation, we could hardly call it ‘classic’. As I said, the most significant implication of the digital revolution is the establishment of data as the new motor of the economy. Yet data, is created through the online behaviour and habits of consumers. Hence, it is important that legislators and marketplayers recognise the fundamental role of consumers in the data economy.

So, what is the role of consumer organisations in this new state of affairs?

How does this work in practice?

History has taught us that society is often afraid of innovation. Professor James Boyle calls this phenomenon "cultural agoraphobia": the fear of the open and unexplored space produced by innovation.  Hence, consumer organisations should focus on promoting consumer-centred innovation. By ‘consumer-centred’ innovation I mean the kind of innovation which benefits consumers by definition. This way, the consumer movement can reassure the rest of society that true innovation is not to be feared.

In practice, the future role of consumer organisations will be dual in nature. On the one hand, consumer organisations must begin to work with market players to re-design a digital landscape that accounts for the foundational role of consumers as data providers. On the other hand, they should encourage public authorities to endorse pro-innovation policies. This approach would guarantee two beneficial effects. On the one hand, consumer organisations could find new appeal among young consumers, on the other hand, they would contribute to the establishment of a bottom-up movement capable of finally rebalancing the digital ecosystem.